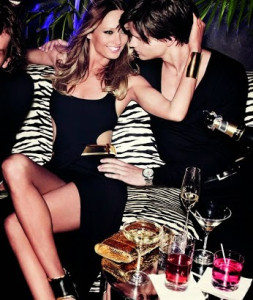 A new study conducted by leading millionaire dating site, RichWomenDate.com demonstrated that wealthy women prefer conservative men to liberals. In fact, the survey goes on to how your attitude and behavior might eventually make the difference when it comes to finding a millionaire date.

According to statistics, 45 percent of the women who are verified millionaires on the site said that they prefer dating a conservative man, while 33 percent of the millionaire women said they would like to be matched with a moderate guy. Only the other hand, a mere 15 percent would like to be paired with a liberal man. The remaining 7 percent of wealthy women on the site reportedly had no specific dating preferences.

Another part of the survey, which involved rich men showed very different results. The survey revealed that a very small percentage of men prefer dating a conservative woman. On the contrary, a vast majority of men would like a politically moderate or liberal companion.

In an exclusive interview with a leading media group, dating counselor Isabelle said, "It is surprising to see the differences between the preferences of men and women. Nevertheless, such surveys would certainly help people who are seeking a millionaire companion to change their approach while searching for a prospective partner. I would advice users to be more of a moderate-kind while looking for a millionaire date."

RichWomenDate.com had conducted similar surveys in the past to understand the latest trends in the millionaire dating segment and to determine the preferences of both rich men as well as women. RichWomenDate.com is also one of the leading sites that promote millionaire dating. The site boasts of an extensive feature set and an easy to navigate user interface, where people can conveniently search for their ideal match.

This online dating portal also strives to guide users on the best ways of landing a millionaire companion. The fact that this site is absolutely free to join, has earned it a top spot among other millionaire dating sites.